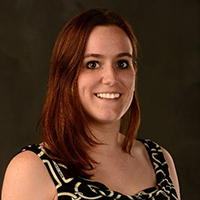 Wendy Baron is a Sr Business Analyst at The Walt Disney Company.

Wendy Baron is a Senior Business Analyst in The Walt Disney Company’s Media Distribution division. She provides support for the Affiliate Sales team, as well as contractual analysis and review for various internal departments including Legal, Finance, Accounting, and Programming. Prior to joining Affiliate Sales & Marketing, Wendy was an audio and media operator in ESPN Production Operations. Wendy began her career as an intern in ESPN Production Operations working on ESPNews in the summer of 2007, before becoming an official employee in January of 2008. She graduated from Marist College in 2008 with a BA in Communications: Radio/TV/Film.