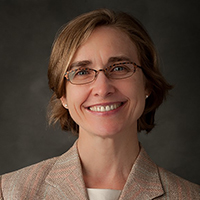 Previously, Lori led affiliate marketing and operations for the company’s affiliate sales and marketing division.  She was accountable for the marketing impact on the growth and success of the Disney and ESPN Media Networks businesses including cable networks, broadband, video on demand, pay per view and all emerging media businesses plus director to consumer platform partner marketing.  She also led technical and operational projects advancing the content distribution business and managing engagement across The Walt Disney Company and with distribution partners on product integration and existing service expansion including adoption and engagement of live streaming products, video on demand and newly developed products.

LeBas joined ESPN in 2000 as director, affiliate sales development and operations, responsible for, among other things, helping develop, pricing and packaging policies for ESPN’s domestic networks and overseeing ESPN relationships with distribution partners.  Prior to joining ESPN, LeBas held a variety of positions at SNET, lastly as President of SNET Personal Vision, Inc., the company’s cable subsidiary. She also held marketing positions at The Connecticut Ballet and Jacob’s Pillow Dance Festival.

LeBas is a graduate of the Betsy Magness Leadership Institute and has successfully completed the CTAM Executive Development Program at Harvard University. She is an active mentor in many programs at TWDC and externally.  She is a member of the Disney Media Entertainment Distribution Diversity, Equity and Inclusion Executive Council, focused on culture for the DMED segment.  She is a member of WICT and acts as Executive Advisor for the WICT New England Chapter. Lori is also a supporter of the T. Howard Foundation and NAMIC. Lori is currently the Executive Champion for ESPN’s Emerging Leaders Resource Group.  And has recently been named as the Executive Champion for the newly forming Women@DMED BERG.

LeBas received her undergraduate degree in Economics and German from Mount Holyoke College in South Hadley, Mass. She is an avid traveler, certified yoga teacher and marathon runner.  She lives in Connecticut with her husband Sean and looks forward to frequent visits with her son, daughter-in-law and granddaughter in Stockholm, Sweden.